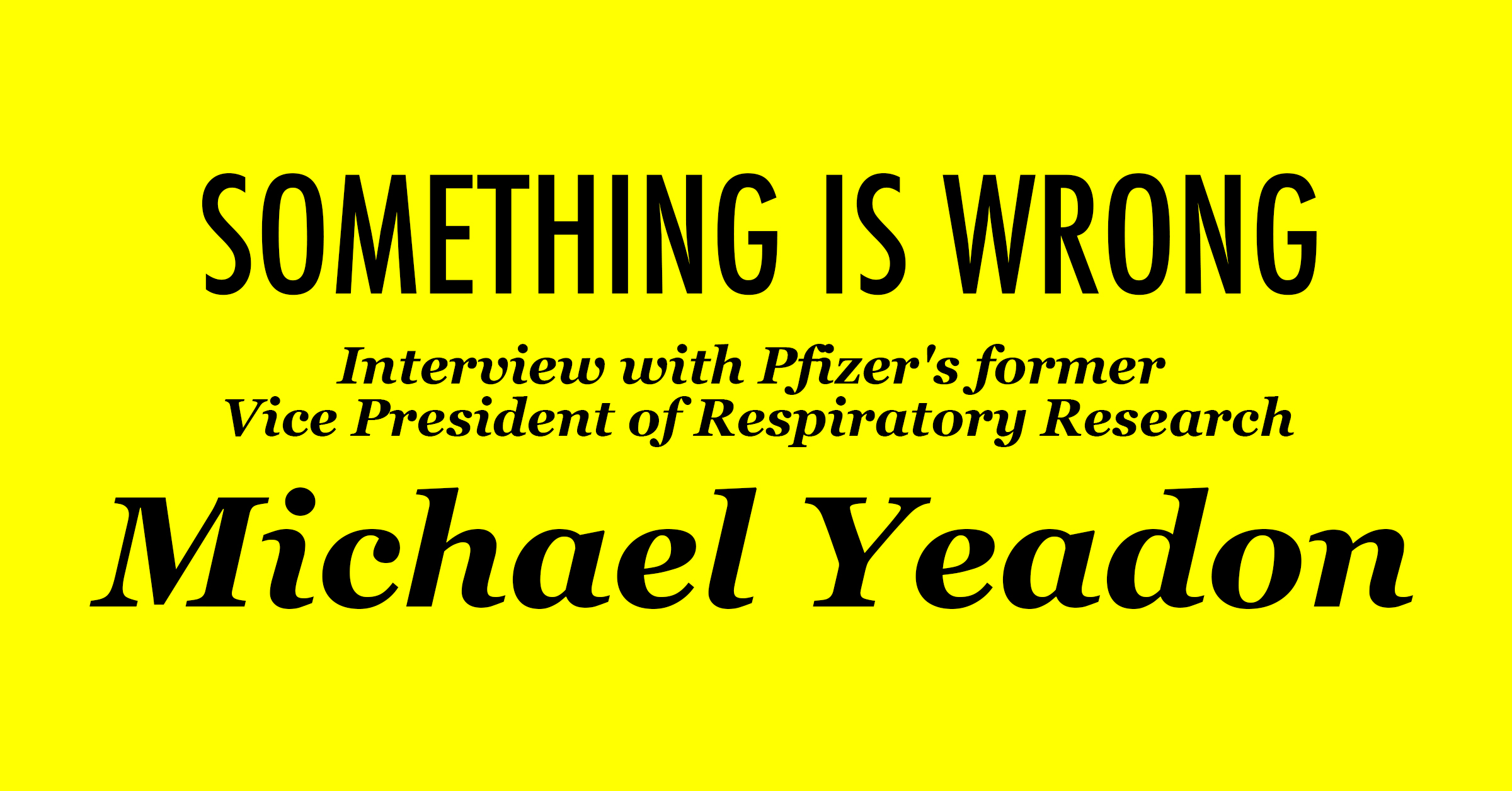 »More and more people are realizing that something is wrong here«

DW: The declared Corona pandemic has been on the world's mind for over a year. Although international scientists gave the all-clear months ago regarding the lethality of the virus, the media panic mode persists. What do you say to the current demand to vaccinate all people worldwide to contain the spread of Sars-Cov-2?

Michael Yeadon: It's completely absurd to vaccinate the whole world. Our politicians here in the UK and their advisors are simply lying to us and leading us down the wrong path. That's a crime. It starts with the untrustworthy PCR test. This will scare people. In this way, restrictive measures can be enforced. I can only see non-medical reasons for the worldwide vaccinations.

How long have you been working in research?

Science is part of my life. I worked in research for the pharmaceutical industry for 32 years. I got my PhD in pharmacology and a degree in biochemistry and toxicology. In 2017, I sold my own biotech company to Novartis.

I can't stand injustice, and when this all started I was shocked that many of my colleagues did nothing about it. They are still censoring themselves. And having gone along with it, the media is also lying. I can't listen to the radio or turn on the TV. The posts are egregiously stupid and just plain wrong.

One more basic thing first – are there actually asymptomatic infections?

Of course, they don't exist. There can't be. And the lockdowns don't work either. The small group of experts advising our government are either stupid or corrupt. Professor Neil Ferguson's predictions, for example, are always so bad and have more to do with him needing funds for his research. In any case, it’s not the number of contacts that is relevant, but the number of contagious contacts. And we’ve learned over millions of years to keep our distance from people who show symptoms. We're very good at dodging sick people. And only someone who has a lot of viruses in him or her is really contagious, but this person then also shows symptoms because the immune system fights the viruses. So there is no such thing as an asymptomatic infection.

The government advisory group is made up of one third mathematicians, they then use computer models with absurd assumptions, for example they forget that some people are already immune. Here in the UK, for example, we can assume that 30 per cent of people are immune, 25 to 30 per cent were infected and more than 40 per cent have already been vaccinated, yet lockdown and masking are mandatory. This is not normal and illogical. Then there are specialists in psychological warfare in there, too. It's about surrender. This is a multi-year plan. People should be driven to complete despair. But more and more people are realizing that something is wrong here and that they’ve been misled.

In this context, the press repeatedly mentions dangerous mutations of the virus. How dangerous are they really?

Sars-Cov-2 is a major virus. During propagation, errors and deviations naturally occur. However, even mutations are almost identical to the original. The differences are trivial and the mutation, with the largest deviations, is still 99.7 percent the same as the original. The memory of our immune system can recognize this. We are therefore also immune to the mutants if we are immune to the original. Many professors agree with me on this. Everything else is a lie. We closed our borders because of this lie. In general, mutations are more contagious, but less dangerous.

Vaccinations with so-called mRNA substances are taking place for the first time. What exactly happens in the body – directly after vaccination and also in the long term? And how do these substances differ from conventional vaccinations?

The safety risks are shocking. These vaccines are so different from anything we've done before. Here, regulations are simply circumvented. Genetic segments go from the whiteboard of pharmaceutical companies directly into the veins of hundreds of millions of people. The spike protein is not simply a docking protein. About a month ago I came across two interesting studies that prove that spike proteins are not just passive anchor proteins. Spike proteins are biologically active. These are fusogenic proteins. So their function is to glue cells together. Spike proteins activate cells and the body then produces extremely large amounts of spike proteins. That's a problem. Because these are active stimulators for various processes in the body.

As a toxicologist, I know that even conventional vaccinations can be dangerous. But with these genetic vaccinations, no one can say how great the effects on the body will be. There are many more steps from injection to immune system response than with normal vaccines. This is a disaster.

How do you assess the risk-benefit ratio of these vaccinations? What side effects are to be expected? What protection?

It's completely absurd to vaccinate the whole world. The old and the weak, perhaps, but not young or healthy people. There’s no drug that does not have side effects. It's always something. Vaccinations are generally useful, but they must be safe. You cannot simply intervene in such a highly complex system as the body. You have to be very careful there. But what’s happening now is negligent. Hopefully in the near future it will be found that this is even criminal. We should expect serious side effects and fatalities. Women between 20 and 50 die of blood clots because of the vaccine, they would never have died from the viral infection.

The novel mRNA-based vaccines have conditional marketing approval in Europe. So while people are being vaccinated, studies continue.

There’s no reasonable medical explanation for the vaccinations, it’s inappropriate to expose people who are not patients at risk to it. There are always side effects. And the authorities have to weigh up the benefits and risks. Anything else is unethical.

And the US, EU and Japan are now saying that the newer vaccines being developed because of the mutations don't need to go through new testing because they would be so similar. That's the real danger. We must keep in mind that vaccinations can be used to kill millions of people – the key word is eugenics. I have no direct evidence of that at this time. However, these genetic inoculations could be a precursor to a superweapon, such as a genetic inhibitor that will not cause harm for another five years.

There are increasing reports of Corona outbreaks in nursing homes always right after vaccinations. How do you explain that?

I've seen several studies on this, one guess is that right after vaccination the immune system totally collapses.

Even in young people, deaths due to blood clots increased after vaccinations. How do you assess the connection with vaccination?

As early as the first of December last year, together with Dr Wolfgang Wodarg, I sent a letter to the European Medicines Agency (EMA) warning of thromboses. The authority answered us after only 48 hours that they had absolute confidence in their safety committee. After that we tried a press release – which was ignored by all the media. At least a few weeks after that, vaccinations with AstraZeneca were briefly suspended – so at least people are warned that this whole thing isn't as harmless as everyone pretends. It’s likely that the same problems exist with Moderna.

From your point of view, at what point should vaccinations or conditional marketing authorisations be stopped? What indicators need to be present?

Unfortunately, the information and data we receive from the official bodies is flawed. But I'm sure the authorities knew about the problems in advance. During the development of new drugs, there’s actually always a dialogue between the pharmaceutical company and the regulatory authority, but not here. Anyway, the drug companies know that these vaccinations are not necessary.

Is it all about money?

I'm not sure what's actually behind it. Money may be a reason. But whether that’s sufficient as an explanation? One aim is certainly also to have more control over the population on the basis of vaccination passports. Yet this encourages medical apartheid and contradicts the Nuremberg Code. This has already been pointed out by the Council of Europe. 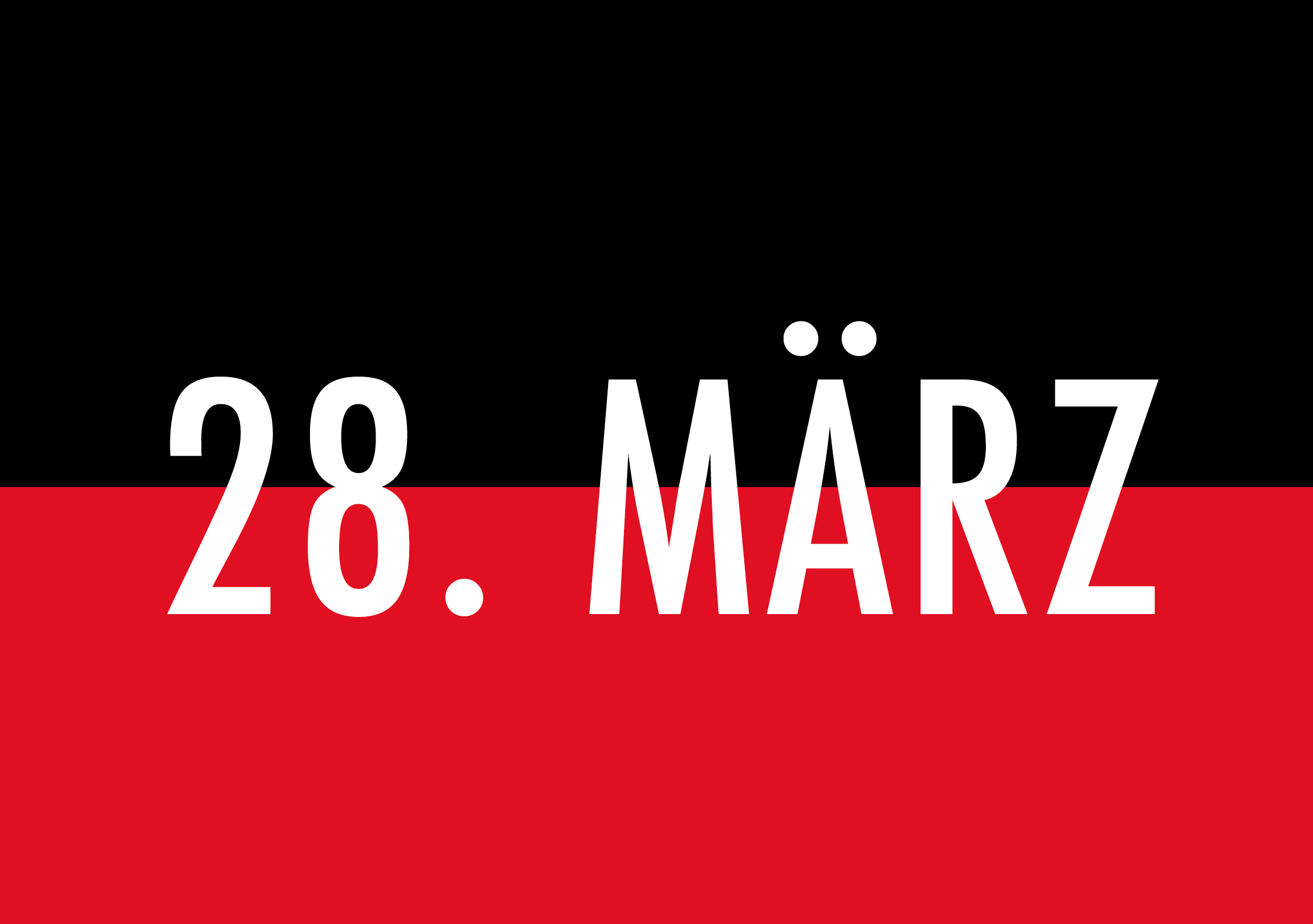